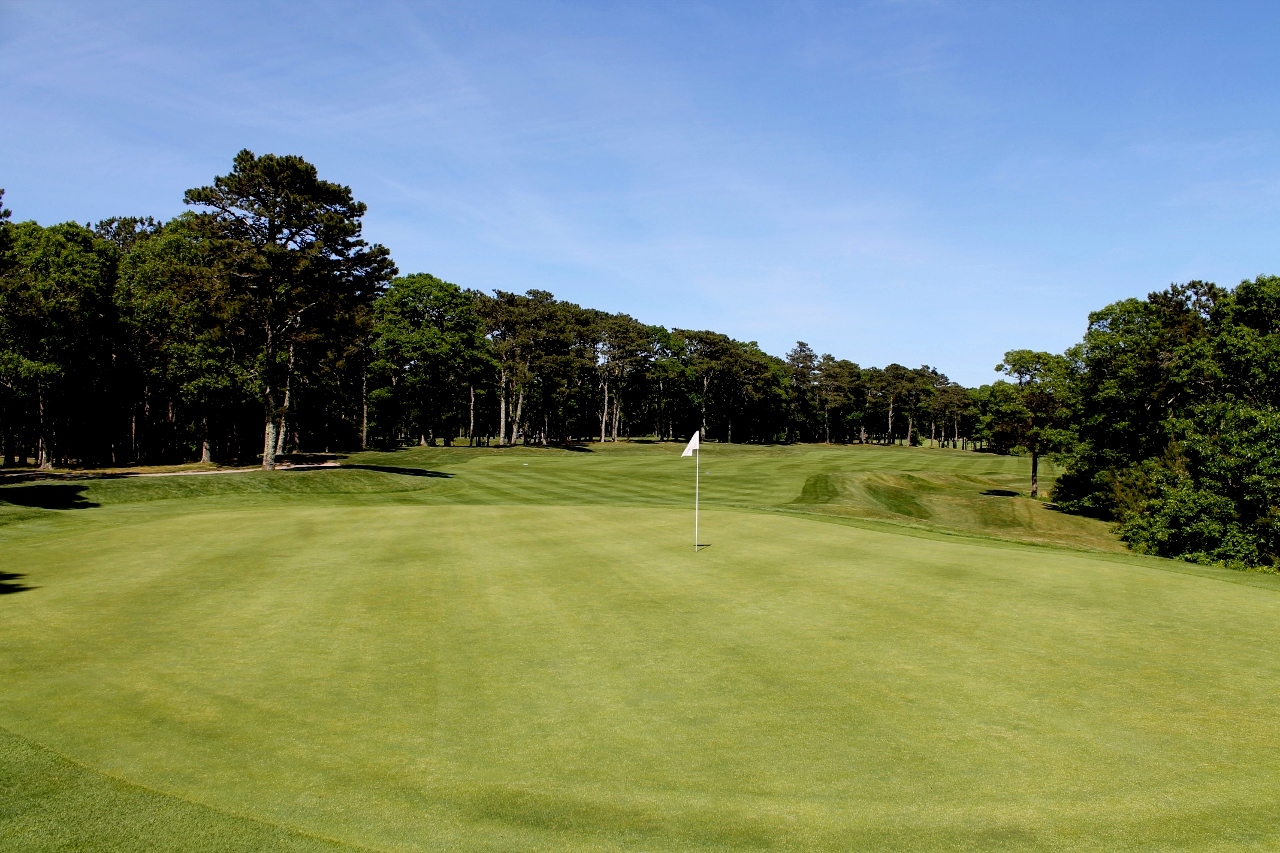 In conjunction with this year’s U.S. Open, the USGA unveiled a new marketing campaign with a commercial starring Rickie Fowler. Titled “Play 9,” the commercial shows Fowler playing a quick nine holes even while tackling other tasks. For example, after holing a putt, he rips off his clothes and rides a dirt bike.

“I’m happy to join the USGA on ‘Play 9’ to encourage golfers to play a nine-hole round, especially if that’s what’s going to get them out onto the golf course to play more often,” he says.

It’s no secret that 18 holes of golf can be time-consuming and expensive. That’s why playing nine is a great idea. At The Captains, from June 29 to Sept. 3, you can play nine holes every day, except for Thursdays, from 6:30 to 8:00 a.m. on weekdays and 6:00 to 7:30 a.m. on weekends, and after 12 noon for just $40. And because an average nine-hole round will only take two hours, you’ll even have time to warm up beforehand on our drive range.

In today’s busy world, many people don’t have the luxury to spend four or five hours golfing. The National Golf Foundation recently reported that the number of U.S. players dropped from an all-time high of 30 million in 2005 to 24.1 million in 2015, although the average number of rounds being played per player hasn’t dipped.

Playing nine offers a wonderful alternative to those who love the game or are looking to take it up. Nine holes is usually less stressful because you’re not thinking so much about your total score, like can I break 80 or 90 today? Hence, it’s more relaxing and therefore more fun. But you can still post a nine-hole score for your handicap.

When you’re less concerned about your score, you can experiment a little, perhaps trying that lob shot that you’re afraid to attempt in a more serious 18-hole match. If you’re playing on an uncrowded evening, you can even hit multiple balls from the same spot.

Nine holes is also an ideal family activity that will keep the kids’ attention and take them away from their cellphones for a few hours. The spouse and kids will be more likely to join you for two hours than over a four- or five-hour round.

It gets you outside on a summer day, provides exercise and still leaves plenty of time to hit the beach. And it’s a lot easier to walk nine holes than 18.

Finally, not even work has to get in the way of playing nine. In the summer, when the days are longer, playing nine is a great way to unwind after your workday ends.

Playing nine holes saves money and time, provides health benefits if you walk and can be fun for the entire family. What’s better than that?

Not a fan of golf? Fair enough. Visit our website for suggestions on fun things to do on Cape Cod.

FRIDAY MARCH 5, WE ARE OPEN WITH NO DELAYS!