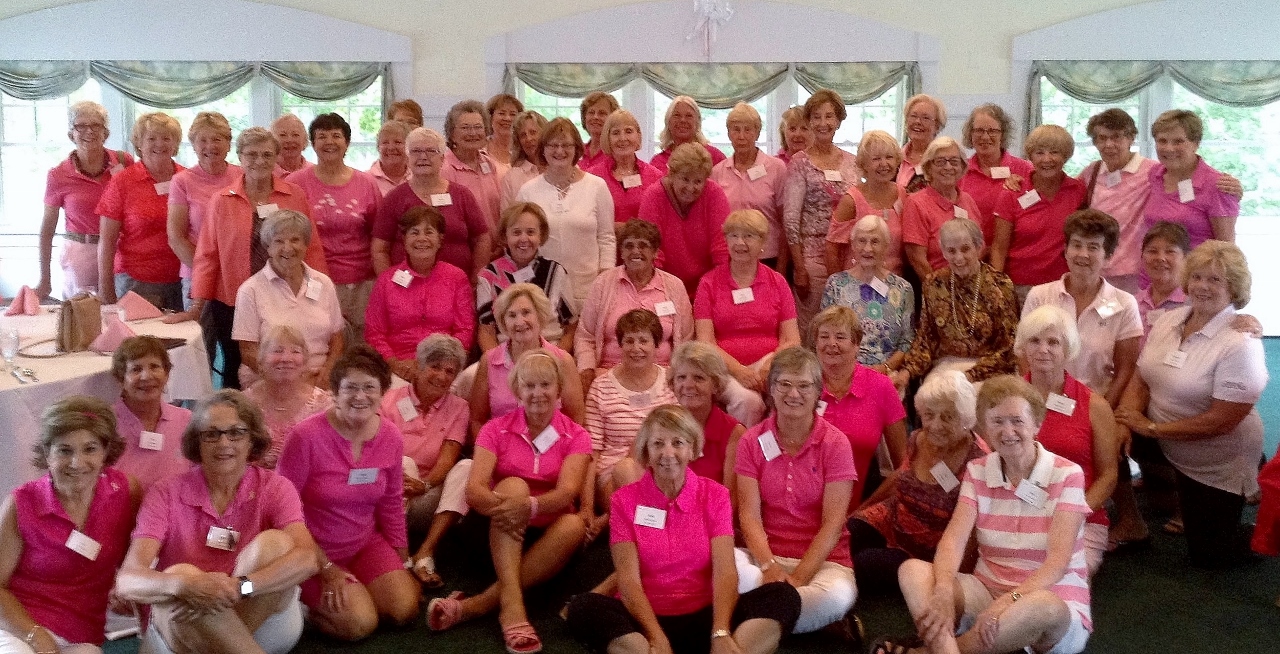 Friendly competition is part of the fun of a round of golf. Even when it’s just a foursome, the desire to best one’s opponents is ever-present. With a tournament, where the field includes dozens of players, a win is all the sweeter.

At The Captains, competitive comradery occurs frequently. In addition to hosting tournaments for area and regional organizations, the Women’s 18-Hole and the 9-Hole associations have weekly competitions.

One way in which our member associations sweeten things even further is by turning one of their tournaments into a fundraiser for a nonprofit organization each year. In the case of the Women’s 9-Hole Association, that organization is the Cuda Women’s Health Center in Hyannis, which is part of Cape Cod Healthcare and focuses on women’s health issues, particularly breast cancer.

“We used to contribute to the Susan G. Komen Foundation, but the money went off Cape,” says Dottie Barnard of the Women’s 9-Hole Association. “When the Cuda Center opened in 2011, I contacted them, because we knew the money would stay on Cape Cod.

“We pick a Thursday, the day we usually play, for the tournament, and everyone pays $30 to play,” says Dottie of format, adding, “Between 50 and 60 women play every year.”

In addition to the entry fee, a 50/50 raffle, the sale of pink ribbons, and an auction of items donated by members and local businesses, increase the amount raised each year. Shaw’s generously donates pink roses and pink balloons for the tournament, and Stop & Shop contributes a cake, all of which give the event a festive feel.

For the association’s members, the decision to make the Cuda Center the beneficiary of their tournament was personal. Ellie Cuda, for whom the center is named, played at The Captains, and many of the members’ lives have been touched by breast cancer.

“The Cuda Center is an incredible resource,” says Dottie. “Women can now go there instead of having to travel to Boston.”

WEDNESDAY FEBRUARY 24, WE ARE CLOSED DUE TO SNOW!